The 23rd International KIOGE 2015 Oil & Gas Conference was held in Almaty from 7-8 October.

Opening the plenary session, Magzum Mirzagaliyev, Vice Minister of Energy of the Republic of Kazakhstan, said, “KIOGE is regarded as the place for reaching agreements and is a stepping stone towards implementing perspective projects. I am confident that this year will be no exception and will enable us to learn about the latest developments and technological solutions in the oil and gas industry, ensure opinions on pressing issues are shared and will have a positive impact on the latest ideas and achievements in the oil and gas industry.” 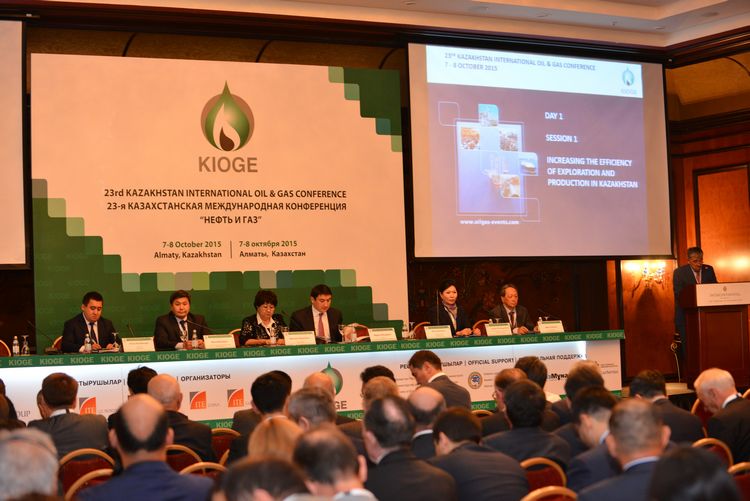 The conference took place with support from the Ministry of Energy of the Republic of Kazakhstan, KazMunaiGaz, the Akimat (Mayor’s office) of the City of Almaty, the Kazakhstan Union of Service Companies KazService and diplomatic missions from participating countries.

KIOGE 2015 was once again an important platform for discussing the difficult situation that we are currently seeing on the energy markets. The conference proved that experts are not inclined to overstate the issue, despite the challenges.

Magzum Mirzagaliyev suggested that, according to the International Energy Agency, annual oil consumption is due to increase by more than 1/3 by 2030. Though the consumption growth rate will slow, oil and gas’ dominant role in the global energy balance will remain.

This is expected to be true for both the global oil and gas industry and Kazakhstan’s oil and gas sector. This also identifies the further need for events such as KIOGE. The conference has become more technical as a response to challenges in global processes: the initial sessions covered issues such as maximizing oil production.

This can be justified by processes pointed out by Mr Mirzagaliyev, “Today, the world is on the brink of understanding that the era of ‘easy oil’ is a thing of the past and, as experts believe, Earth’s main oil and gas resources are concentrated at depths of 7-15km. Kazakhstan’s oil and gas industry is dependent on deposits in the Caspian Lowland where 75-80% of the hydrocarbon resources are located. However, in 15-20 years, we expect a decrease in oil production in the Tengiz, Karachaganak, and Kashagan fields and in Kazakhstan as a whole. The resource base can only be replenished by exploring deeper layers where nearly two dozen large (over 300 million tonnes) hydrocarbon deposits are likely to be found.” 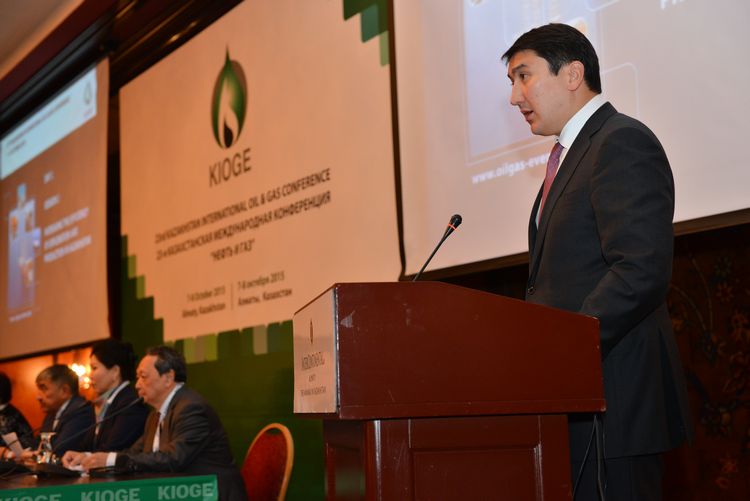 The Eurasia project – an extra-deep well in the Pre-Caspian region – was, as expected, mentioned in the report. According to Kazakhstani experts, the project will not only attract leading international companies but will also provide an opportunity to keep the level of oil production in Kazakhstan at 100 million tonnes a year in the long term. A package of beneficial investment terms and tax reductions is being developed for the project, KazMunaiGaz are setting up an operational company, works on acquiring and processing data are scheduled for 2016, seismic exploration is planned for 2017 and preparation for shell drilling is expected from 2019-2020.

According to Nurtas Shmanov, Deputy Chairman of the Management Board for Service Projects of KazMunaiGaz, KIOGE 2015 has reaffirmed its status as a major and reputable event for discussing development issues and presenting advanced technological solutions in the fuel and energy industry.

The industry currently faces a number of challenges. In particular, the need for large-scale oil and gas exploration in low geological layers. “This is not a big amount; it is a huge amount of long-term and hard work. But Kazakhstan and its foreign partners have potential to reach these layers,” stressed Mr. Shmanov. The conference will contribute to discussing further steps.

The conference also covered the regional aspect of industry development. Larisa Zhumagaliyeva, Head of the Agency for Entrepreneurship and Industrial Innovative Development of the Akimat (Mayor’s office) of the Atyrau Region, noted the significance of the conference for the region she represents. “Atyrau is the centre of the national oil and gas cluster that will develop in a number of directions.” Ms. Zhumagaliyeva pointed out, noting, in particular, the start of oil and gas extraction in the Kashagan field in the near future. She also expressed her hope that those present would use the free economic zone to implement their ideas and plans in the Atyrau Region. 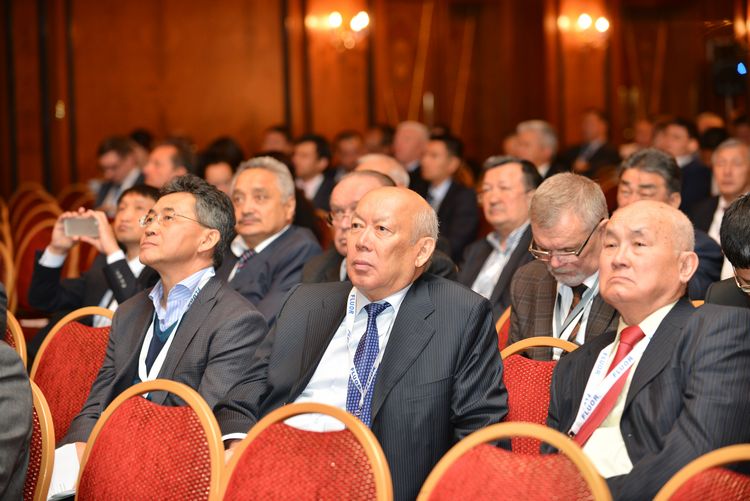 KIOGE’s status as an informative platform for sharing major achievements was affirmed by Murat Munbayev, General Manager of Strategic Planning and Analysis Department of Tengizchevroil LLP. The exploration of the Tengiz field has been a catalyst for the development of related industries, especially transporting oil via the CIS’s first and only private pipeline. Tengizchevroil’s success was achieved mainly by ensuring work safety.

As usual, the first day of the conference ended with an awards ceremony hosted by Almas Kudaybergen, representative of KazService Kazakhstan Union of Service Companies. He noted that 1 million people in Kazakhstan depend on the work of the companies in this sector. The Union established the awards for professionals contributing to development in the sector. Along with managers of oil companies, Magzum Mirzagaliyev, Vice Minister of Energy of the Republic of Kazakhstan, and Zhakyp Marabayev, Deputy Managing Director of NCOC, received awards. 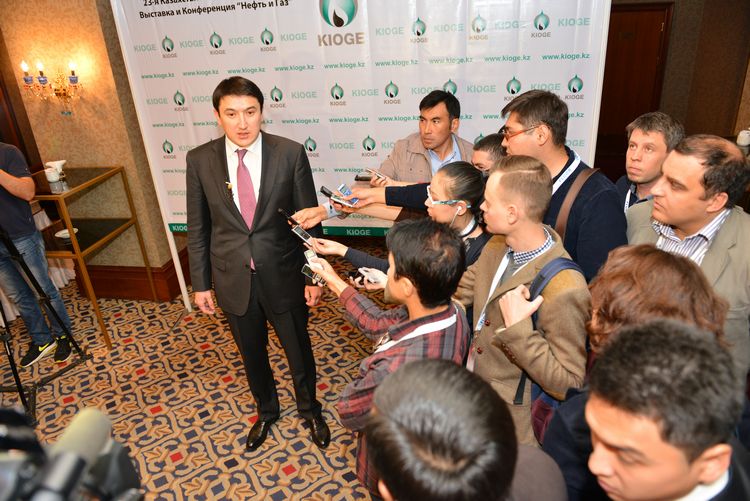 In line with ITE Group’s broader initiative, KIOGE will take place next year under the new Global Oil and Gas brand, a single universally recognised brand for ITE’s oil and gas events.

Official website – www.kioge.kz.
Contact: Larisa Litvinenko, This email address is being protected from spambots. You need JavaScript enabled to view it..