Kazakhstan hopes to increase oil production in 2017, Energy Minister, Kanat Bozumbayev, announced at a meeting with the Public Council of the Fuel and Energy Sector, reports LS 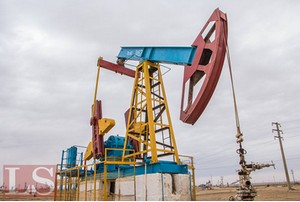 He added that as part of the Kazakhstan-2050 strategy, there will be an increase in oil production rates. The government therefore expects oil production to stabilise in 2017, followed by an overall increase.

"The main increase in the country’s oil production will be provided by Tengizchevroil and Karachaganak Petroleum, as well as the commissioning of the Kashagan field. All other fields will show a decline in production in the medium term," said Bozumbayev.

In his report, the minister summed up the past year: three major oil projects - Tengizchevroil, Kashagan and Karachaganak. In 2015, Tengizchevroil achieved a record high in oil production - 27.158 million tonnes. Bozumbayev reminded those present that the question of funding the expansion of Tengizchevroil will soon be decided on.

"The proposed date of commissioning Tengizchevroil’s new facilities is 2022. This will increase oil production to 39 million tonnes. The construction phase will create about 24,000 jobs, which is very important for the Mangistau and Atyrau regions as thousands of skilled workers and oilfield service companies will become available," said Bozumbayev.

Previously, representatives of the Ministry of Energy and oil companies reported an increase in volumes up to 36 and 38 million tonnes.

"To extend the period of stable oil production, further developing the Karachaganak field is being considered, as well as the contractor working to optimise the concept in order to maximise revenues for the country. We have to optimise costs but in doing so we will achieve maximum production levels. A decision on the planned extension of Karachaganak is expected in 2017, and new facilities to be commissioned in 2022 ", said the minister.

Regarding Kashagan, according Bozumbayev, everything is going according to plan and the field is due to be commissioned by the end of 2016.