Kazakhstan Prime Minister Karim Massimov has claimed that his country will develop programme for the extraction of shale gas. 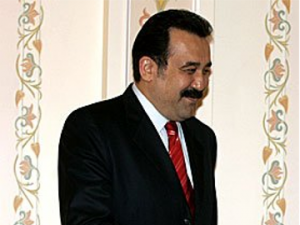 Speaking at the International Conference on Energy Charter, Mr Massimov said, "we believe that the production of energy in our country will continue to grow in the upcoming years. We hope to be among the ten major energy producers, including the area of production of natural gas. We are also going to develop projects for the development of shale gas".

Mr Massimov believes that shale gas will provide an economic platform for Kazakhstan and to create economic and geo-political stability it is necessary to "use all the resources that we have."

"The decision of the Kazakh authorities on shale gas production looks pretty strange, since Kazakhstan always positioned itself as a state rich in hydrocarbons. Astana stated that it could easily increase gas production to 80 billion cubes of gas per year," senior researcher of Russian Institute of Strategic Studies Azhdar Kurtov has said.

There are several obstacles to a Kazakh shale programme; much of the gas reserves are owned by foreign companies and not the Kazakh government, in addition the transportation of gas would almost certainly have to go through Russia to sell to Eastern Europe, unless Kazakhstan could secure alternate buyers and transportation routes.

Azhdar Kurtov suggests that a shale industry could open up different export markets, "what is shale gas? It is a gas from stubborn layers. This means that this gas is accompanied mainly by coal deposits that are not located in the Caspian Sea, but in Eastern Kazakhstan. Coal mining is in north-eastern Kazakhstan. In this case, the buyer will not always be Europe or Ukraine, but China. Since this transport arm is much shorter".

Furthermore, Azhdar Kurtov indicates that he believes that Kazakhstan may be trying to jump ahead of the China-Russia gas deal and provide a better economic alternative to Russia for the Chinese market. Kazakhstan is largely energy self-sufficient through its existing hydrocarbon extractions and whilst neighbouring countries Kyrgyzstan and Tajikistan need to import gas, their economic value would not provide returns on the infrastructural investment required for a shale programme.

Mr Massimov, summarised, "we believe that as an important partner for the East and West, as a bridge between East and West, Kazakhstan is a state that plays an important role in the energy chain, we seek to diversify the routes of energy supplies and our geographic coverage".