Uzakbai Karabalin appointed the new Minister of Oil and Gas 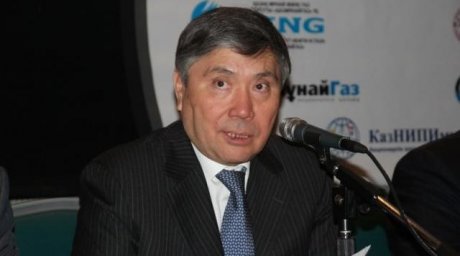 He has replaced Mr. Sauat Mynbayev who held the post for three years.

Before the appointment Mr. Karabalin was Director General of the Kazakhstan's Oil and Gas Institute.

He was born October 14, 1947 in Koshagyl village in Atyrau oblast. Back in 1970 he graduated from the Gubkin Moscow Oil and Gas University with a Bachelor degree, obtaining his Master's degree in 1973. He got his PhD in Technical Sciences from Ufa Oil Institute in 1985. He is Honorary Professor with the Kazakh National State University, a member of the Kazakh National Engineering Academy.

From 1997 to 2009 he served as the First Vice President of KazakhOil [national oil shipping company], President of KazTransGas, Vice Minister of Energy and Mineral Resources, President of kazMunaiGas, acting Director General of MangistauMunaiGas, chairman of KazEnergy Coordination Committee.