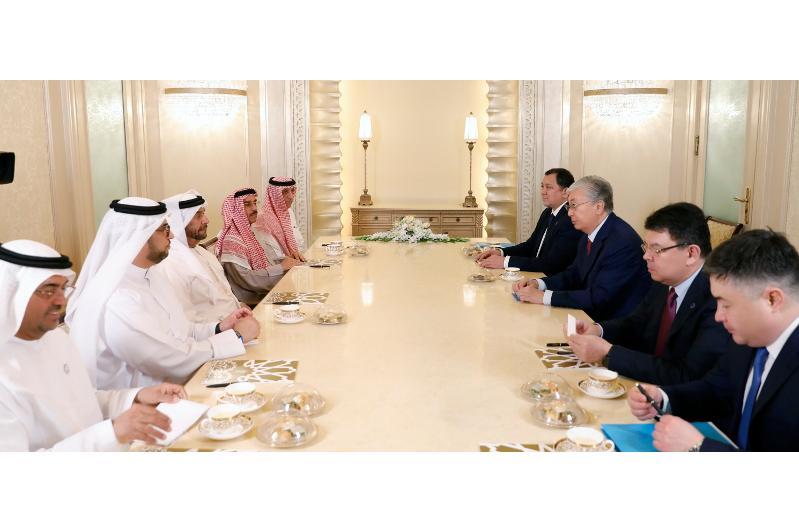 President of Kazakhstan, Kassym-Jomart Tokayev, held a meeting with Sheikh Suroor bin Mohammed Al Nahyan, member of the Ruling Family of Abu Dhabi, the owner of Etihad Towers in Abu Dhabi, and shareholder of the First Abu Dhabi Bank.

The Head of State stressed that the United Arab Emirates is one of the closest partners of Kazakhstan in the Middle East. President Tokayev informed the Emirati businessman that during his talks with Crown Prince of Abu Dhabi, an agreement on further strengthening of bilateral cooperation was reached, the Akorda press service reports.

In turn, Sheikh Suroor bin Mohammed Al Nahyan informed Kassym-Jomart Tokayev that West Hydrocarbons Commercial Investment LLC, which is owned by him, is building an oil refinery in the West Kazakhstan region. According to the businessman, he intends to continue working together with Kazakhstan and invest in new projects.