FOREIGN INVESTORS ARE INTERESTED IN INCREASING OIL PRODUCTION IN KAZAKHSTAN 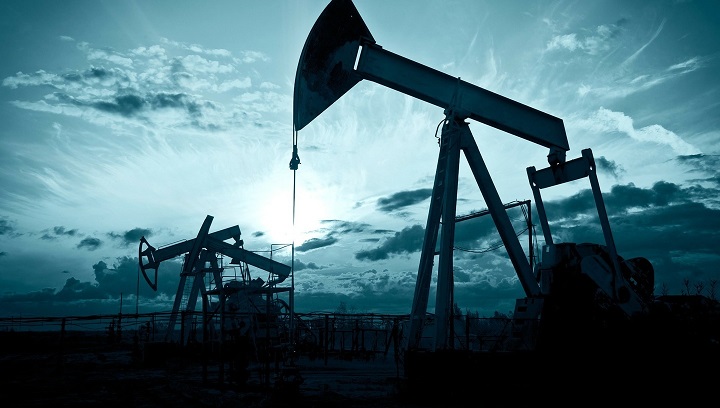 Analysts predict that demand for Kazakhstani raw materials will remain at a stable level. However, oil and gas companies should pay attention to external factors, such as the policies of leading central banks, the trade conflict between the US and China, and the situation with shale production.

The independent agency within the US Federal Statistical System Energy Information Administration expects that in 2020 the excess supply in the oil market will persist in the first half of the year, with a slight deficit in the second half. The average annual price of Brent crude oil will be at the level of $61 per barrel. Bloomberg's consensus forecast for 2020 is $62 per barrel of Brent.

The main factor in the growth of supply in the global oil market in recent years has been the increase in US oil production. However, the dynamics of production growth demonstrates a noticeable slowdown of plus 1.6 million barrels per day in 2018 and plus 1.3 million bpd last year. In 2020, a slowdown in production growth according to the EIA forecast will lead to an increase in production by less than 1 million bpd. IHS Markit gives an even more conservative forecast of plus 0.4 mln bpd, while, according to other analysts, a peak in the growth of shale oil production has probably already been reached without a significant increase in oil prices.

“Taking into account the above estimates, it can be assumed that if there is discipline to fulfil the obligations undertaken to limit oil production by OPEC countries, Brent oil prices will remain above $60 per barrel next year. The slowdown in the Chinese economy is long-term, but at the same time, the demand from the second world economy for hydrocarbons remains strong and is three times faster than the global average. In addition, in mid-December, the United States took steps toward the settlement of trade disputes with China to reduce tensions in the trade sector. Based on the foregoing, we believe that demand for Kazakhstani raw materials will remain at a stable level,” Asan Kurmanbekov, chief analyst at the Halyk Finance Research Department, predicted.

According to Vyacheslav Dodonov, in the coming year, the domestic oil and gas sector of the country should pay attention to external factors that can already be called traditional. Firstly, on the policies of leading central banks, secondly, on the US trade conflict with the rest of the world, and thirdly, the situation with shale production in the same states, which is approaching a peak and may cease to grow next year.

“I think, in 2020, the main external factors have the potential to increase oil prices. Soft monetary policy means more money in the financial markets, which will push their quotes, including oil, up. The cessation of the escalation of the trade war between the USA and China will not, like this year, become a factor of pressure on the markets. Approaching a peak in shale oil production will reduce pressure on global oil supply. Considering all the external factors, we can expect that the average annual price of oil will be higher than this year by 10-15%. I don’t know what the volumes of production will be, but based on the forecast of price growth, it is possible to forecast growth in export volumes,” Vyacheslav Dodonov said.

As for the forecast for an increase in the volumes of production and export of domestic raw materials, given the expansion of oil production capacities at the large offshore Kashagan oil and gas field to 380 thousand barrels per day, an increase in total oil production by 4 million tonnes per year is possible. However, an expert at Halyk Finance noted that here it is necessary to keep in mind the fact that this field is complex. In November last year, an accident was reported at this field, and therefore it is still difficult to confidently forecast production volumes at it.

“We only note the possibility of increasing production, which is what foreign investors are interested in, who have invested tens of billions of dollar in this project. With the sustained production level achieved at Kashagan, we can expect an increase in oil exports to about $35 billion in 2020, which can be achieved by increasing physical volumes, which will compensate for the expected decline in oil prices,” Asan Kurmanbekov said.

As a result, a change in the level of oil production in the country in the short term will almost entirely depend on Kashagan. Since 2016, the level of production on it has consistently increased from 1 million tonnes to 8.4 million in 2017, and an estimated 14.5 million tonnes in 2019. If there are no unforeseen circumstances influenced by the complex geology of this field, the production volume can significantly increase to over 18 million tonnes. However, it will be difficult to say whether this will happen next year or later.

In the more distant future, the expansion of the Tengiz oil and gas field will help increase oil production in Kazakhstan, the completion of work on increasing capacities at which is planned for 2023. The ongoing investments in expanding its capacities should increase the level of production on it by 12 million tonnes per year from about 30 million tonnes of oil at present.

In 2018, Kazakhstan exported about 70 million tonnes of oil. The bulk of this export goes to European countries, more than 10% is supplied to South Korea, China and Japan. Against the background of sanctions against Venezuela, oil export from Kazakhstan to the United States increased from almost zero to 1 million tonnes in 2018 and this level is likely to remain in 2019. Experts do not expect any major changes in the geography of oil supplies in the near future.

“Oil is an exchange commodity; large international companies are involved in its production, which themselves determine the optimal sales markets for them. It is known that Kazakhstan is considering the option of exporting up to 5 million tonnes of oil to neighbouring Uzbekistan, however, there is still no necessary infrastructure for this and this issue is still under development,” Asan Kurmanbekov concluded.

By Mariam Bizhikeyeva for Kapital (Kazakhstan).