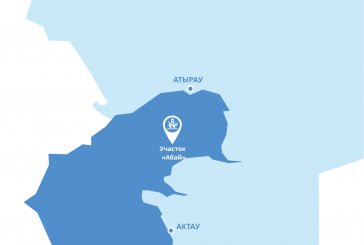 On 26 July 2019 JSC NC “KazMunayGas” (KMG), the Ministry of Energy of the Republic of Kazakhstan and Eni S.p.A. signed the “Abai” area hydrocarbons exploration and production contract.

Under the signed contract, principal minimum obligations are drilling of one exploratory well and 3D seismic prospecting at the “Abai” offshore area of the Kazakhstan sector of the Caspian Sea.

Let us recall, in early July this year Direct Negotiation Minutes were signed, under which the parties agreed on the payment in the favour of Kazakhstan of the signature bonus (a one-time fixed payment payable by a subsurface user who acquired the right of subsurface use within a contract territory - RoK’s Tax Code) and on the subsurface user’s obligations in regard of the local content.

This project is an important step towards expanding the resource base for the both companies.