If you publish or reference any of the articles below, you are required to hyperlink the document

KAZAKHSTAN STRENGTHENS ITS PRESENCE IN THE GLOBAL OIL AND GAS MARKET

(Uzakbay Karabalin, Minister of Oil and Gas of the Republic of Kazakhstan) 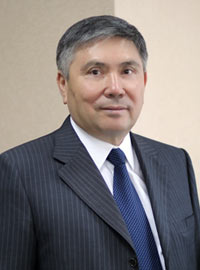 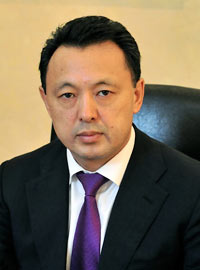 BUSINESS EVENTS – STIMULATING THE DEVELOPMENT OF SERVICES IN KAZAKHSTAN 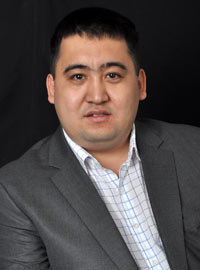 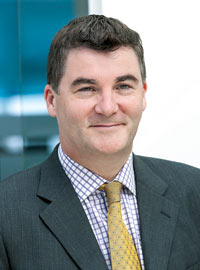 - What are your expectations for KIOGE 2013?
- We have made every effort this year to make exhibiting and visiting the KIOGE exhibition a productive and enjoyable experience. Visitors will be provided with an ideal platform to network with leading international and local oil & gas companies.
Exhibitors will showcase their latest products, including new technologies, components and subsystems, as well as innovative new materials, manufacturing technologies and services. KIOGE is still a favoured meeting place for oil and gas players, where a great number of contacts are made, subjects discussed and contracts signed.
- What's new at KIOGE this year?
- We have introduced a range of new features and services for KIOGE 2013 to help exhibitors and visitors arrange meetings, plan their day and achieve their objectives during the course of the exhibition. These include:
Mobile App: With the help of mobile applications based on IOS and Android, each visitor can search KIOGE 2013 in AppStore and PlayMarket to download a free interactive floor plan with descriptions of exhibiting companies and their stand location and number, as well as the full exhibitor list and seminar programme.
Touch Screens: 16 touch-screen kiosks will be available across the exhibition, showing floor plans of all pavilions and giving exhibitor descriptions. A new feature at the event will be the possibility to schedule meetings in advance.
Seminar Zone: Exhibitors and visitors can attend a varied seminar programme sponsored by Maersk Oil. The new format should attract a large audience and we aim to see presentations from most of our exhibitors. Videos will be broadcast from a large screen in the exhibition, to ensure maximum visibility for visitors.
KIOGE Lounge: There will be a large seating area with a coffee bar and sofas, offering exhibitors and visitors space to take a break from their busy schedules and prepare for meetings and discussions. There will be a media zone immediately next door, with a selection of journals produced by our oil and gas media partners.
- What topics will be discussed at this year's conference?
- The conference will bring together key decision makers with Kazakh Government officials and will examine in-depth the current oil and gas market trends and changes in Kazakhstan and the wider Central Asia region.
Topics will include international cooperation in Kazakhstan's oil and gas industry; technology innovations to improve major production projects; expanding exploration efforts to increase the hydrocarbon resources base in Kazakhstan; oil and gas transportation challenges and technological advances; local content regulations; legal frameworks; HSE best practice and protection of the fragile Caspian environment; and offshore technical infrastructure. It promises to offer conference delegates an up to date insight into the dynamics of the Kazakh oil and gas industry.
- ITE organises oil and gas events in many countries. What distinguishes KIOGE from other events?
- KIOGE is a key oil and gas event in the Central Asian calendar. Now in its 21st year, KIOGE has proven to be a forum where real commercial, operational and technical decisions are made and policies discussed by the world's major oil and gas companies, policy makers and the highest levels of Kazakh government.
- What can we expect to see at KIOGE in the future?
- For ITE, the key issue is to ensure KIOGE is constantly relevant to our audience and adapts to changes within both the oil and gas industry and the events industry. We have already implement a number of new initiatives this year and we have more developments in the pipeline for 2014.